In Zeel Am See: a prevalence of burkas and hijabs. The lavish town is a top Saudi destination–city guides and street signs are in Arabic–and word is that, in the Middle East, they market its propensity for rain; the scenery is as spectacular as the rest of the countryside, with slopes descending to the lake forming a green carpet. 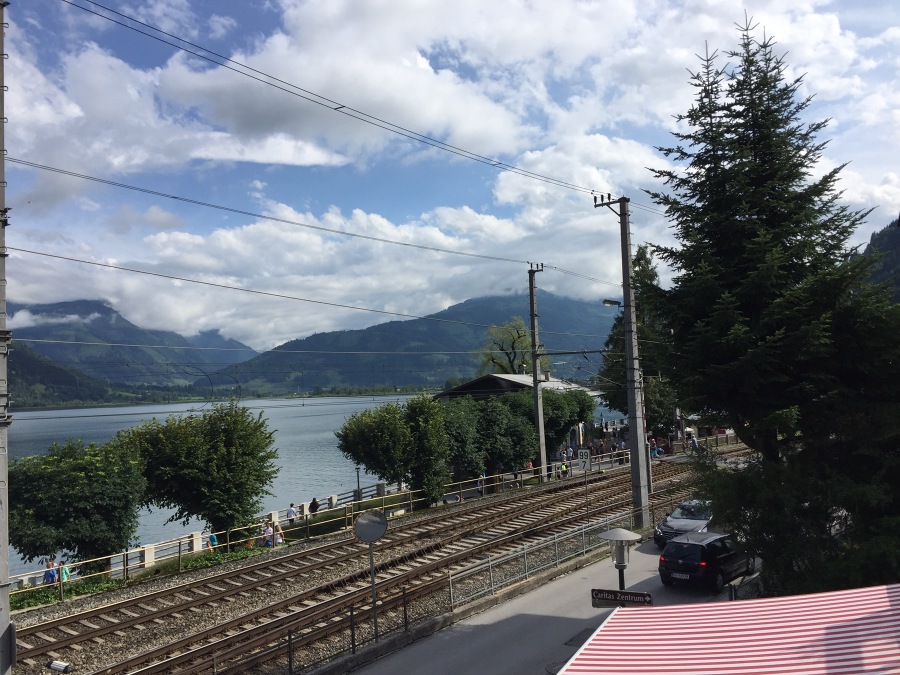 We walked with our tourist hats bought in the tourist shop on top of the tourist mountain-top. I saw fully covered women (sunglasses included) and a religious Jew in the same corner and for a second thought I was in Jerusalem or Baghdad.

But in less than half an hour the scenery changes again. Now we are in Kitzbühel, with its shops. For a second I felt like at Epcot center. Seems like the towns in Europe. The houses are painted in all colors and cost millions. The shops sell everything, as long as it is overpriced.

There are many old folks with their khaki jackets and walking sticks, trekking through the city as if through the mountainside.  What is it with those walking sticks? Where do they come from? It’s hard to separate them from canes but I’ve seen them used by young people too. It seems that in an aging continent everyone wants to appear old before time.

Now, in Innsbruck: I am sitting on a balcony facing a row of colored houses and a church tower that looks Russian Orthodox. The sound of bells, of laugher: in the window across the street I see a woman resting, dressed in a short skirt, talking on the phone. The endless sound of raindrops. It hasn’t stopped raining.

This country has too much water. There are lakes and rivers and glaciers and rain. You can drink the water from the tap and there’s water fountains in every corner. Water and water and water. In Mexico City this would be untinkable: we were without water for four days just this year, This is a resource that cannot be taken for granted; unless of course you are here, born and raised in the Alps.