Pigeons and rats…lots and lots of rats.

You can hear them, scurrying behind the benches of Washington Square Park–or see them, moving pieces of garbage, far away along Union Square’s subway tracks. Tompkins is their superhighway, though,  their ¨innovation hub¨.

Mexico City has its dogs. New York, its pigeons, and rats.

Walking through Istanbul one night I heard the long, elongated wails of a baby crying, from underneath the hood of a car. Then, another one answered.  Far away. And another–closer, this time.

I suddenly found myself in the middle of a conversation, an intruder passing through foreign grounds. These creatures communicate through parallel wavelengths, ask Julio Cortazar,  he knows–or Poe, for that matter.

I´ve seen them, in Hagia Sophia, posing for tourists like monuments of the past; or standing royal, majestic, outside restaurant doorsteps, welcoming the crowd.

When the sun is setting they talk through living room windows as if through mirrors. Going out, over, under and beneath, linking private to public, holly to profane. 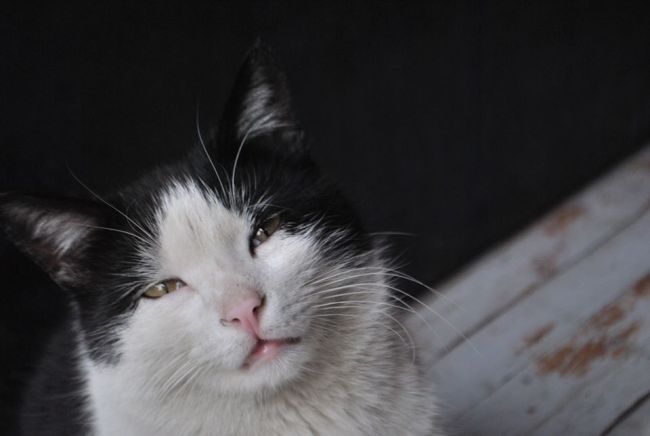 Nobody in its right mind would feed the animals of New York City, let alone the rats, those who feed the pigeons are lonely creatures, they sit in benches all day long, society´s outcasts.

Not in Istanbul. There are small pots and pans with water and food in the corners of  stores, hotels, and mosques; on Sunday, you see couples going to the seaside boulevard to feed them. Kids stroke them. Old men keep them company. This city is run by cats.

And, what are those  UFOs hovering over the towers of the old city? What are those companions that cut through the air as you bobble up and down with the tide? Whose orangutan calls are those you hear everyday through the bathroom window, the ones that mix with the horns of the ferries, the calls to prayers, the honking of cars?

The sky is the domain of seagulls, these animals, companions to those who cross, are as necessary to the voyage as the trail of white foam left behind.

In front of me,  a lonely businessmen looks out into the ocean. His workday, like the peninsula, is slowly receding into the distance,  the countless mosques and minarets glowing in the soft yellow light. The man takes a loaf of a sesame seed bread. He waits a second, and then throws a piece into the distance, an act of faith, perhaps.

But, out of the darkness, a beak appears and catches the piece halfway in the air. The circle is closed; the man can go to bed and rest, the end of the day has come.

Underneath the boat, a carpet of jellyfish floats peacefully with the city’s waste, gently opening and closing with the movement of the tide. Supernatural teabags, they form an underwater metropolis that is much more cosmopolitan than the one above. Keeping the water dangerous, toxic, unsuitable for swimming, they become a constant reminder of the toxicity of home.

Adaptation is not the name of the game, for, in the city, animals are the protectors of the everyday, the keepers of the most intimate of secrets–ever-present moral compasses that guide us as we cut through space and life.